It’s about time that I featured one of my cars. This is a 1972 Austin Mini that I origionally planned to race, but the cost to convert the car to a race ready car was too much and this is where the modifications ended. It’s completely gutted, full roll cage, FIA approved OMP race seat and 5 point racing harness. There was also a full Halon fire system installed to put out any fires that were to errupt (seeing that it is British, it’s imminent). The engine is a 1275cc A-series engine with a ported and polished head, LCB headers and a Weber DGV to supply the gas. It has upgraded AP Racing brakes, with alloys and Pirelli’s to keep it stuck to the pavement. The dash is somthing I made one weekend out of some sheet aluminum and angle alumnum, and also mounted the tach. on the steering column for better visability. Hopefully when I get some more cash I will want to race CP (c production) with Vara or SVRA. This is also the Mini that will be on the cover (hopefully) of the Moss Motors Mini parts catalog.

[UPDATE] The car is now sitting 1.5″ lower with the addition of coil springs and Adjusta-Ride suspension. 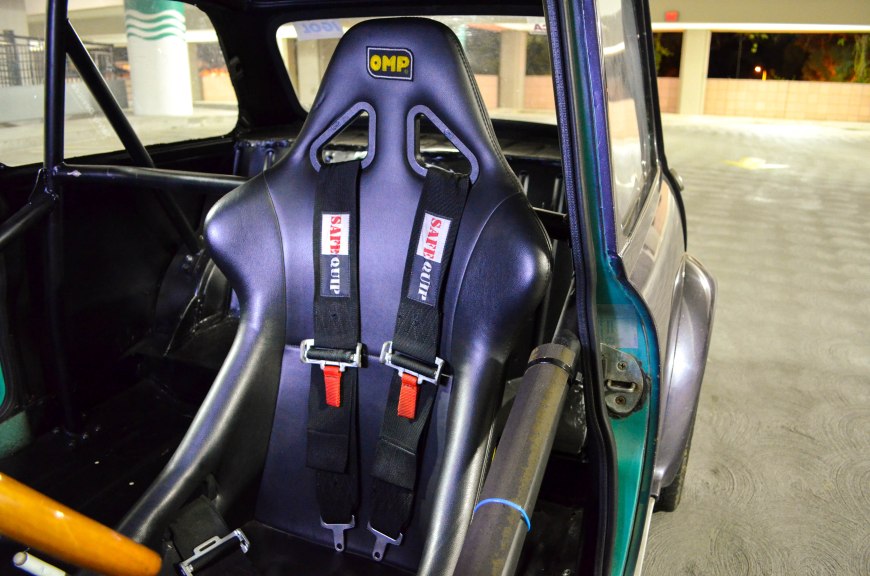 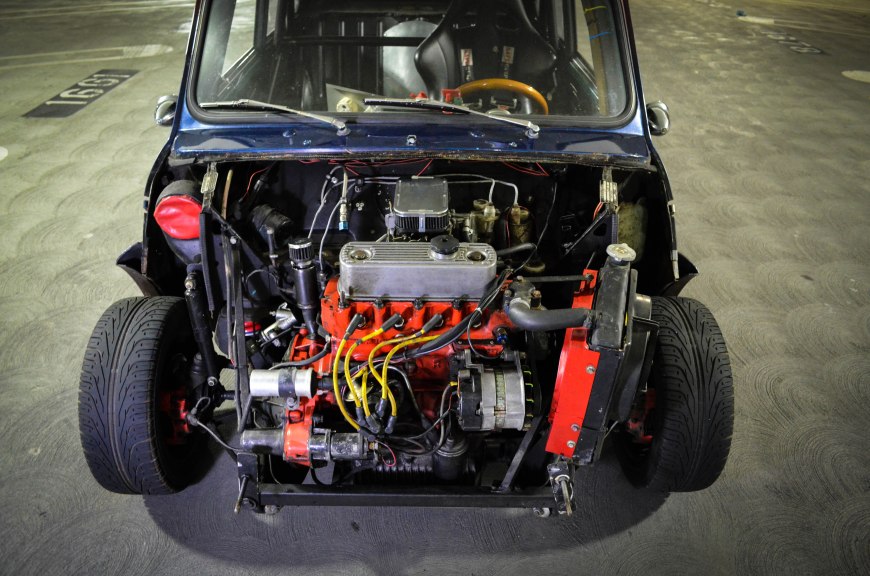 The whole front clip was cut off by the previous owner and replace by a full fiberglass hood. Headlights and turn signals are connected by wire connecters located near the brake master cylinder. 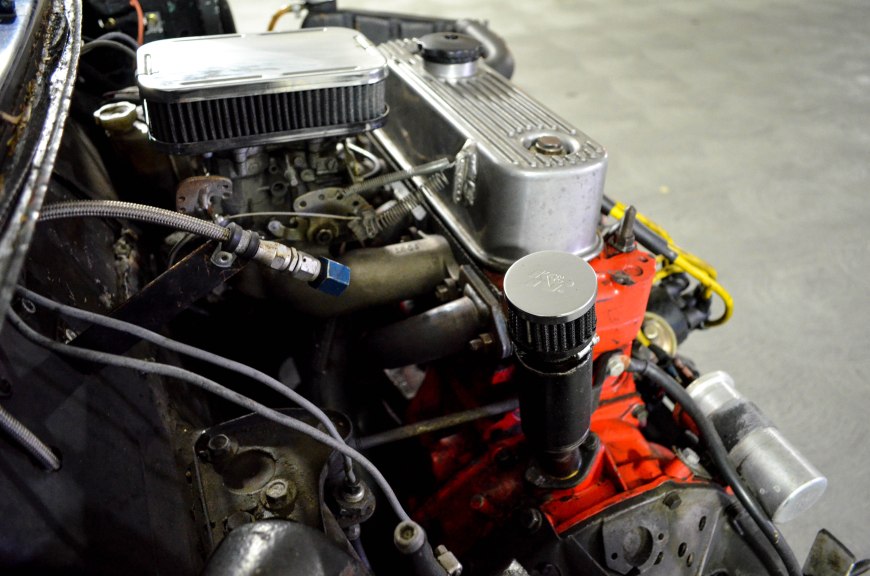 The side view reveals a better view of the Weber DGV carb and LCB headers. The blue a/n fitting is for the fire system.