Wekfest SJ 2013 was one of the coolest carshows that I have ever attended, and I even had the chance to show my car in the show. The cars that attended the show were AMAZING pieces of machinery, exhibiting the epitome of custom automotive design. The drive up to San Jose from my hometown of Santa Barbara was one hell of a drive but my friend and I made good time, actually showing up 2 hours before my staging time.

As the cars lined up, I had a chance to finally see what caliber of cars were going to be in the show. I was astounded as every car I saw was a showstopper, like this slammed Yaris. 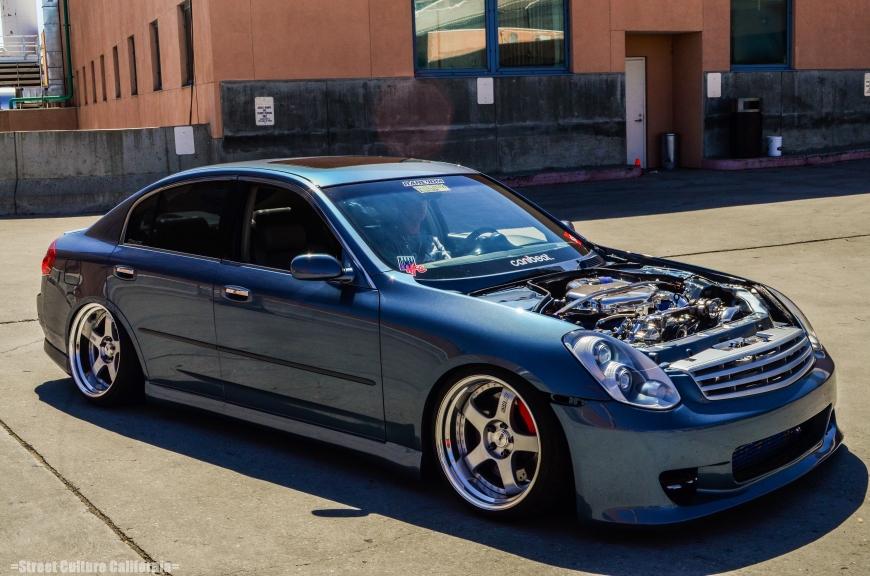 In addition to a lot of JDM cars, there were some very clean looking Euro’s.

While waiting for my staging time, I wandered into the main hall where the show was going to take place the next day. I took one look inside and was amazed by the size of the venue.

This was a shot of the day of the show, and there were SO many people it was hard to take a picture without having a rogue hand or foot in a shot.

As I walked around during the show, this immediately caught my eye: a chrome wrapped RWB Porsche.

I think this was the only Ferrari at Wekfest. I loved the “Access OK” stickers on the bumpers. 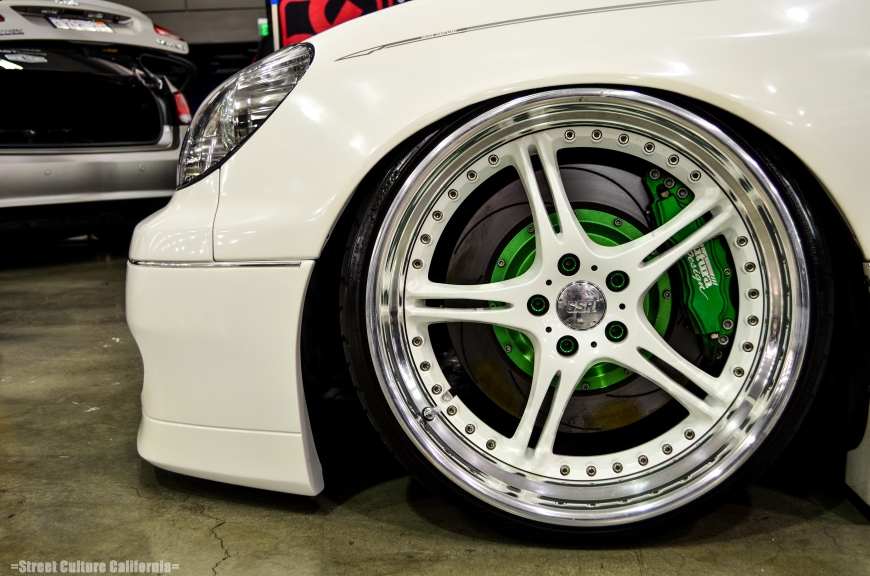 There were so many nice sets of wheels I couldn’d decide which ones to post up, so I just took a random one. This was still a very nice set of fitted SSR’s 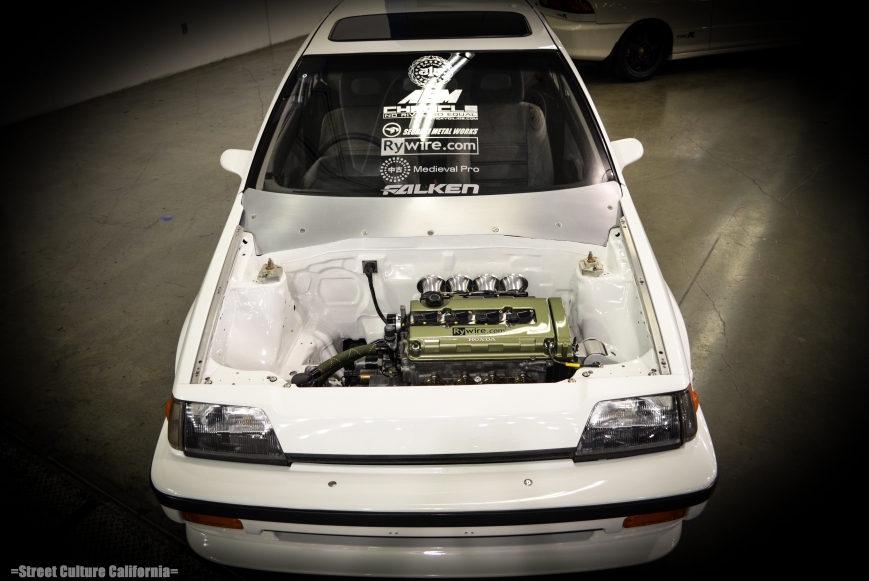 The RyWire car of course took home an award with this amazing wire tuck.

There was no shortage of modded FRS’s. Almost every FRS had the Rocket Bunny kit, but this widebody FRS caught my eye with the biggest wing I have ever seen hanging off the rear of the car. 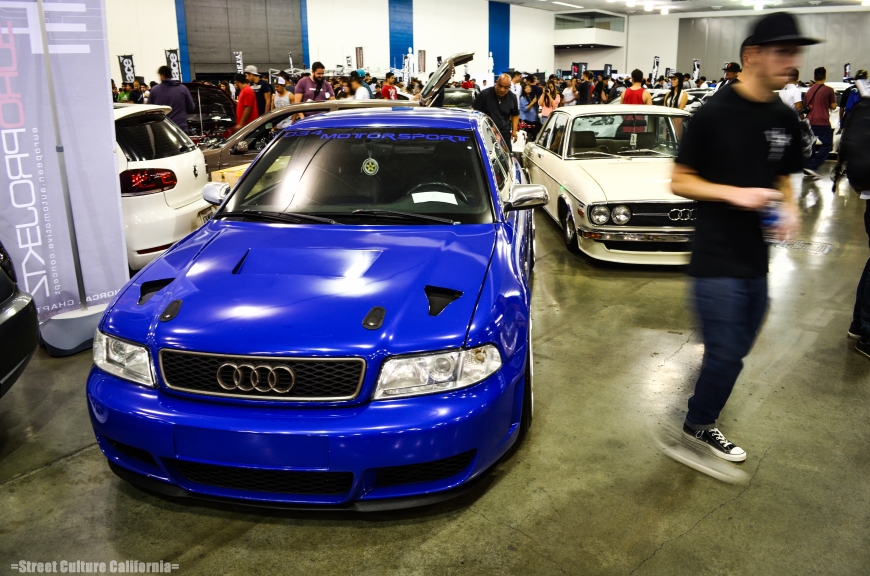 About midway through the show I decided to have an impromptu photo shoot with my car… it didn’t turn out too great.

After the photo shoot, I wandered around some more. I am a fan of over-the-top cars and this Lexus GS, checked all the boxes for me. I loved it. 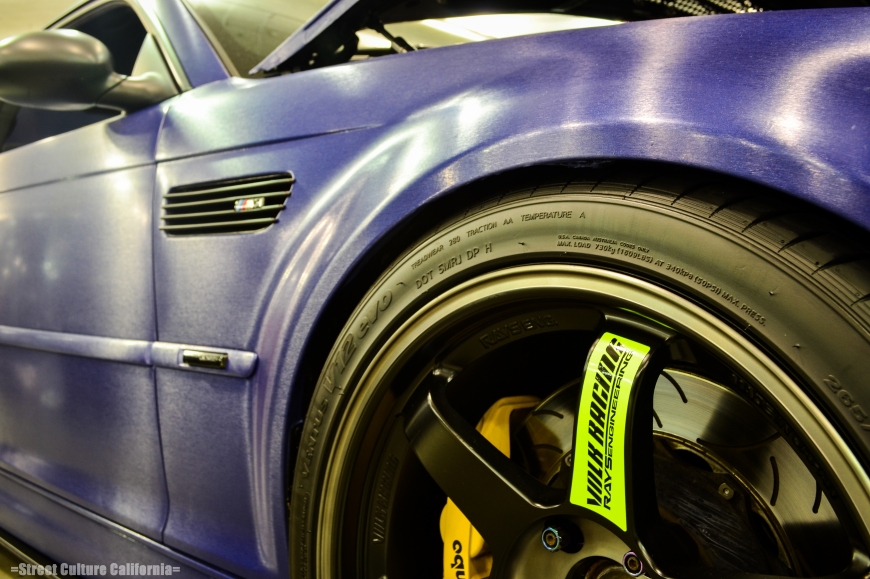 The show was supposed to end at 6pm, but there were many delays with the judging and after the awards were given out and we started up the car to leave, it was 8pm. A friend who had just moved to SJ was nice enough to let my friend and I stay the night at his place, so we hung out with him for the night and went out for some late night Pho. Many of the people who were working at Wekfest also had the same idea and were also enjoying Pho after a day of hard work and nice cars.