Day two of the Monterey Car Week had to take place at Laguna Seca! Laguna Seca is one of the best tracks in the country and to have classic racing cars spanning over 100 years running around it is amazing. A coworker and friend was there racing his classic MG in the pre-war class.

The pits were filled with some of the rarest and most expensive cars in the world; even a Ferrari 250 GTO.

The morning started very early with the pre-war cars. The fog was so thick that morning I could hardly see what was in front of me.

The fog soon burned off and I roamed around the paddocks. This R30 GTR immediately caught my eye.

After looking through the paddocks, I slowly made the long hike up the famous corkscrew. (The Maserati in the middle of the group was entered in the Concours D’Elegance that sunday)

Although I’m not a big Porsche fan, these tricked out porsches really caught my eye.

During the lunch break, Maserati send out their MC-12 Corsa. This was a full on race car and wouldnt have sounded out of place at an F1 race.

the top speed that I saw that day at the track was 157 MPH on the front straight by a Shadow racecar. (not shown) 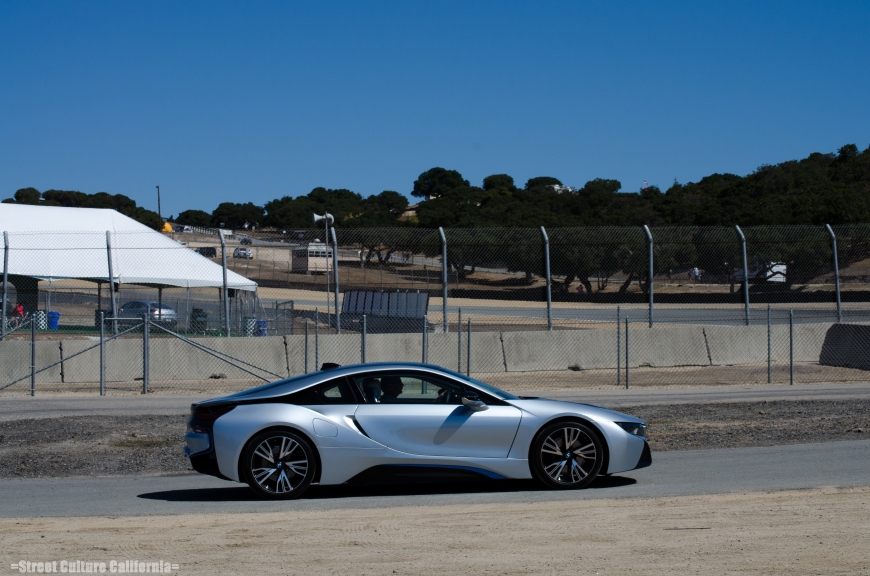 As I waited for the bus ride home, I saw what appeared to be a BMW spaceship crossing in front of me. I soon realized it was just the new i8.

On the short walk from the transit center to the hotel, I passed by some fancy looking 300SL’s, one a roadster and the other a gullwing. Both were of concourse condition.