When this car hit the market, it made the McLaren name once again stood out from the rest and rendered them a force to be reckoned with. Since the McLaren f1 stopped production in 1998, the company didn’t do much. They helped out Mercedes with racing and the Mercedes SLR, but besides that, they were gone. This new Mclaren Spider, with a base price of $270,000 isn’t cheap by any means but it is fast, very fast. A twin turbo V8 propels this badass car up to 60 mph in right around 3.0 seconds which is fast even for Ferrari’s standards. I had the pleasure of catching a few pictures of one in Montecito on an overcast Sunday Morning. 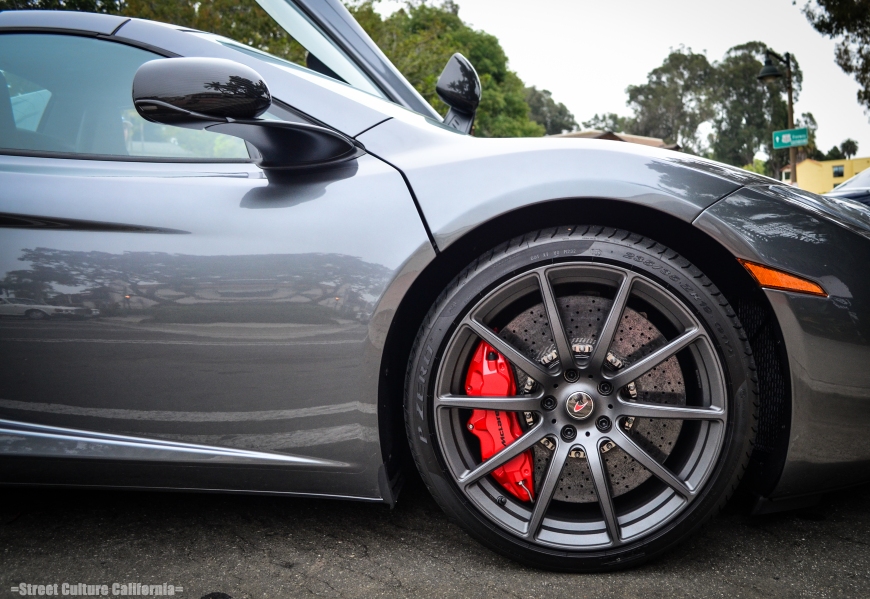 This car and the P1 have very similar lines and designs. The carbon brakes and even the wheels on the P1 look identical. 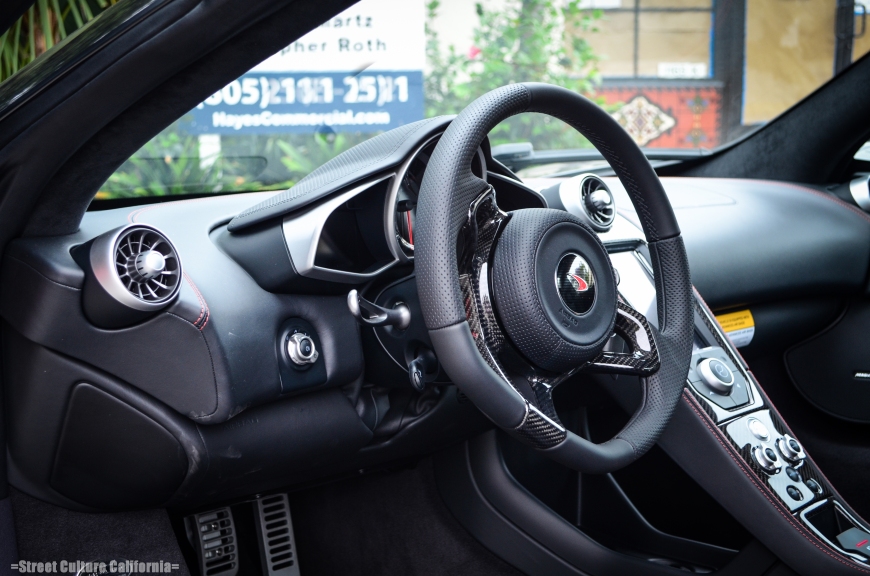 The interior looks again, similar to the P1, but somehow I think the MP4-12c’s interior is better thought out than the P1 and doesn’t give the impression that is was just thrown together.

My favorite part of the car are the massive side vents. 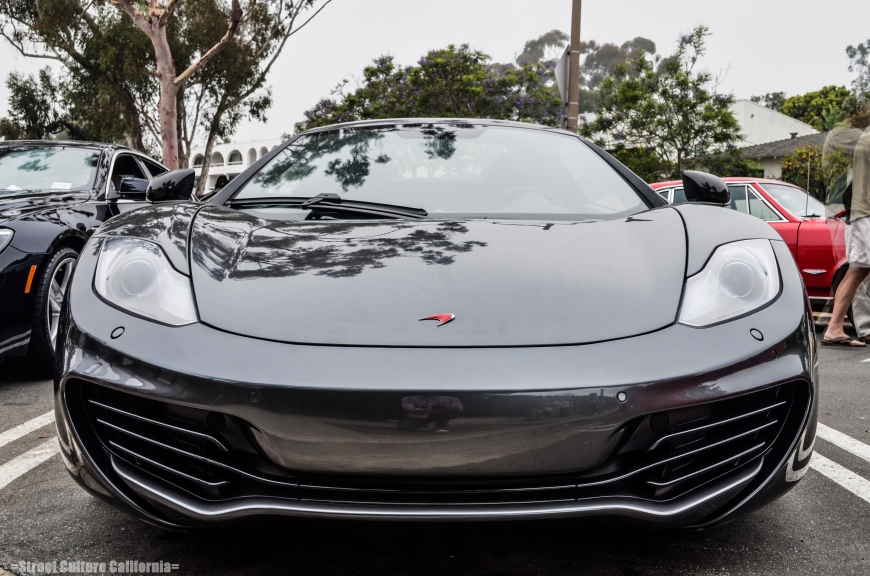 I have heard many people complaining about the looks of the McLaren, comparing it to the 458 Italia. Although I have to say it isnt as beautiful as the 458, its still a pretty handsome car. 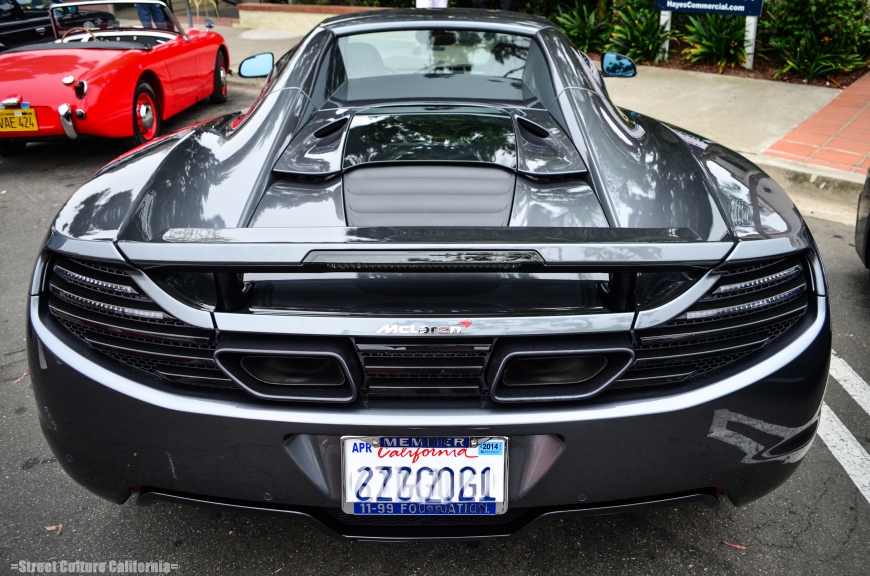